Show Me Your Kitty!

Comedian Chelsea White announced a new season of her cat-themed web series, Show Me Your Kitty, the first four episodes of which are available to stream now.

Aptly described by MTV as “more entertaining than a laser pointer on a sack of catnip,” Show Me Your Kitty finds Chelsea talking to friends, celebrities and other respected members of the community all about their kitties. Past guests have included Awkwafina, Desus Nice and Janine Brito.

Each episode of Kitty features White visiting the apartments of cat owners and learning all about their feline companions, all the while playing games such as “Are You Kittying Me?” (a lightning round of true or false questions about cats) and “Purrr-fect Match” (a kitty-friendly take on the Newlywed Game).

“I’ve had some of the best interviews of my career with cats,” said White when asked why she created Show Me Your Kitty in 2014. “I just feel like people underestimate how articulate cats can be. They’re much less inhibited than humans, and usually more witty if we’re being honest.”

When asked who tops her list of favorite kitties she’s met so far, White stated, “It’s so hard to pick! I love all of the kitties I’ve ever met in my entire life, both on and off the show equally. A couple of kitties I’ve met on the show who come to mind, though, are Desus Nice’s kitty Charlie and Awkwafina’s late kitty Pepper who were probably the two kitties least impressed by us being there, which I respect.”

Although White had the honor of meeting celebrity cat Lil Bub last year, described by White as “one of the highest honors I’ve ever had bestowed upon me,” the cat she is most interested in nailing down an interview with would be Gabby Sidebe’s cat, Aaron.

This season of Show Me Your Kitty will feature more interviews and cat puns that fans have come to expect and love, plus three of the four new episodes were shot in LA as opposed to previous seasons that exclusively featured East Coast kitties. “See if you can pick up on the kitties’ laid back West Coast attitude,” said White.

Watch the purr-fect third season of Show Me Your Kitty on YouTube now.

About Chelsea White
Chelsea White is a host-writer-producer-comedian-cat enthusiast living in NYC with her cats, Tanooki and Miranda Hobbes.

In addition to being the creator and host of Show Me Your Kitty, she’s the co-creator, Executive Producer and host of the digital series Adulting by Bravo and weekly Facebook Live talk show What a Delight! w/ Chelsea White. She is also co-host of the New York Times recommended dating podcast Ghosted Stories and host for BTRtoday’s BreakThruTV.

You can learn more about Chelsea White by visiting her website here. 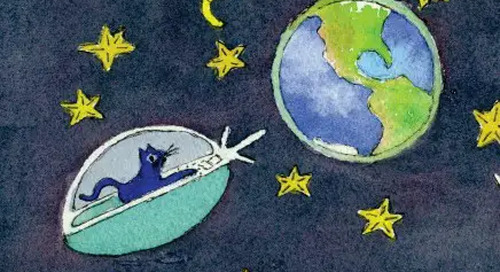 Indy and Spot Come to Earth

Two cats from Outer Space with the same mission – visit planet Earth, and see what has happened since the F... 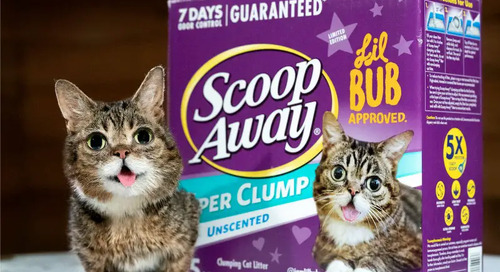 Scoop Away®, the clumping cat litter known for its 7-day odor control guarantee, is proud to partner with p... 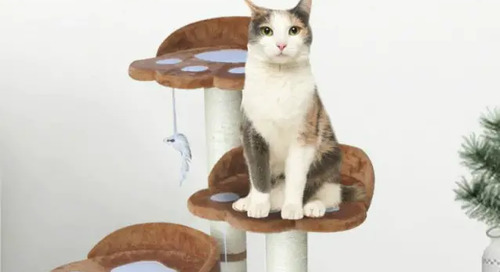 Our cats (like most) love to climb and perch so what better to offer them than their very own climbing tree. We’re excited to announce that our pals at Cozy Cat Furniture kindly offered up one of... 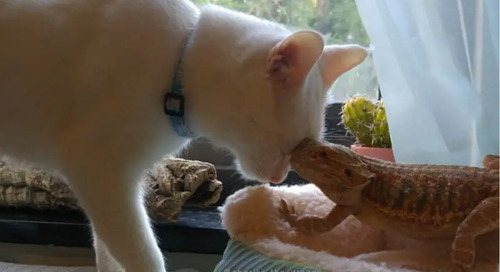 Can Cats and Bearded Dragons Be Friends?

The domestic cat has long been one of the most common furry companions found in households across the United States. However, it wasn’t until the 1990s that the Bearded Dragon (or Beardie) was... 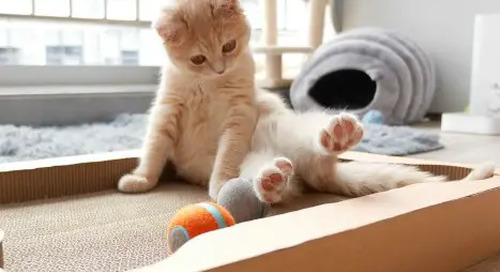 Ever worry about how to keep your cat happy and entertained while you’re away? If so, you’ll love this new interactive board game designed for cats by Cheerble. Remember Cheerble? They are the... 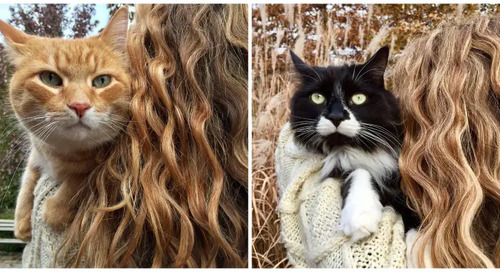 For this year’s 2020 Mother’s Day Gift Guide we curated a selection of 15 unique and interesting gifts to delight every kind of cat loving mom – even those who say they don’t need a thing. We’re... 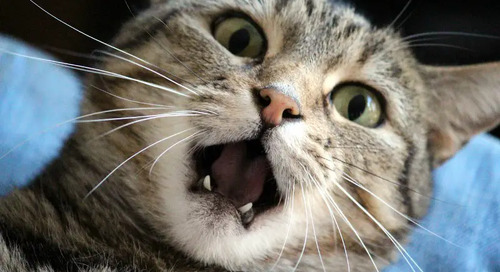 6 Signs of a Stressed Cat and How to Help

Could your cat be feeling anxious due to poor health, conflict with a new dog, or even changes in diet? Whatever the case, if you think your cat is getting stressed, here are some behavioral signs... 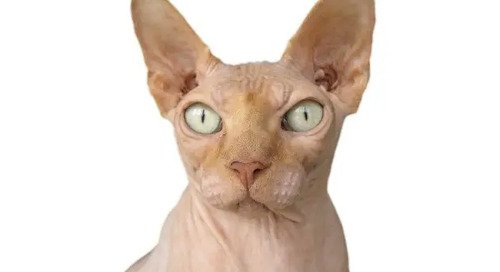 Our pals at Litterbox.com were kind enough to offer us 2 of their popular curated cat boxes for a fun new contest. One lucky Purrington Post reader will WIN their Catnip Box, and another will WIN... 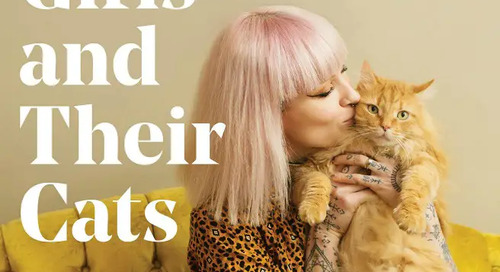 Girls and Their Cats

Girls and Their Cats is a stunning photo series book that redefines what it means to be a “cat lady” through striking portraits and engaging profiles of unique women and their cats. Creator of the... 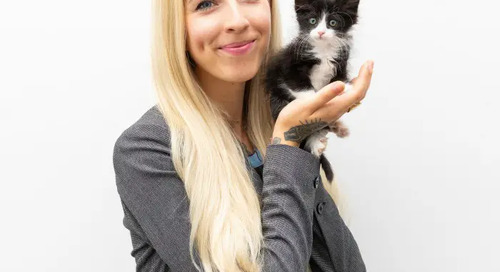 As foster parents ourselves we’re so excited to share the news of this amazing new educational series starting on April 18th, 2020. To help support first-time fosters and adopters, Royal Canin,... 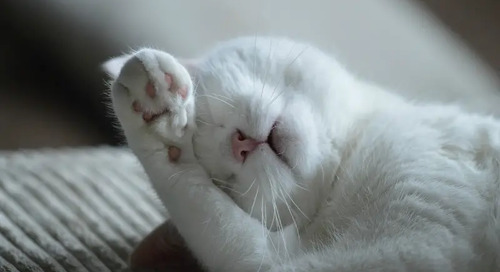 What Cat Owners Need to Consider Before Buying CBD

CBD is fast becoming one of the most popular supplements for humans who want a natural way to promote better health and wellness. From your corner convenience store to your local CVS or Walgreens,... 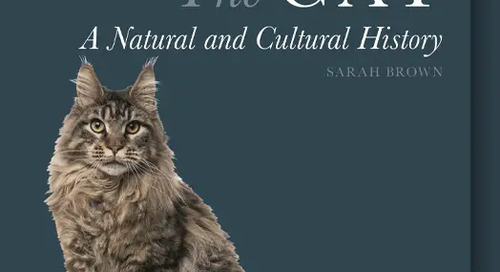 The Cat – A Natural and Cultural History

We were so excited to come across this remarkable new book called The Cat ~ it’s a comprehensive, richly illustrated exploration of the natural and cultural history of this much-loved pet. Filled... 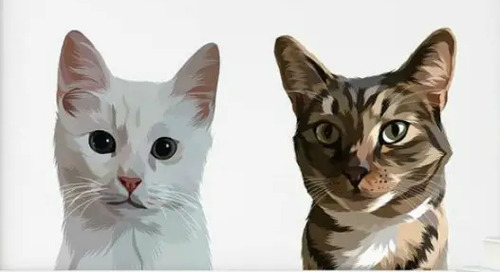 Get a Modern Portrait of Your Cat

Ready to spruce up your home decor? Our talented pals at West & Willow provide pet owners with a commissioned piece of art for their home. These unique pet portraits are hand-illustrated by their... 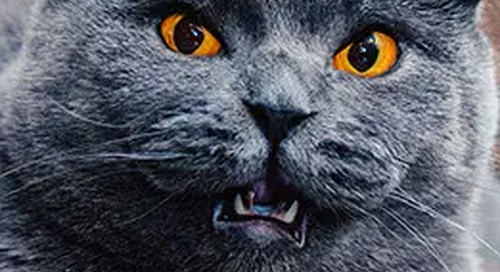 Meet Mister Pushkin. A connoisseur of smoked salmon and skimmed milk, he adores a good sunrise, and loves to explore the great outdoors. Cheeky and mischievous, he has a heart of gold, and wisdom... 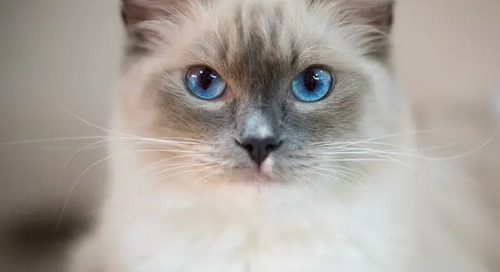 Ninety-five percent of the world’s cat population is rescue, stray, and household “non-pedigree” cats, but we can’t forget about the other 5% of the fluff fellowship which are “preservation... 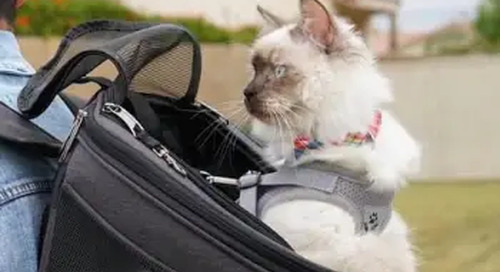 WIN ‘The Complete Adventure Cat’ Bundle from Your Cat Backpack

Long time readers may recall a piece we did back in 2016 called Adventure Cat Training 101 … a beginners guide to learning safe ways to explore the great outdoors with our feline friends. We... 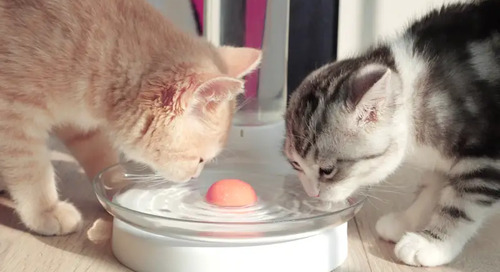 Back in 2017 we did an in-depth article called Dehydration can be Deadly for Cats, where we discussed the importance of feline hydration and set out to try and answer the question, “how much water... 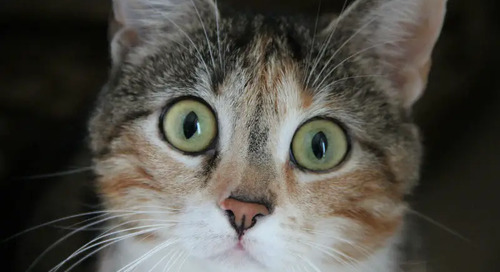 My Cat Wakes Up Too Early – What Do I Do?

Does your cat wake you up before your alarm goes off and insist you pay attention to her? Your cat probably doesn’t care that this kind of behavior is not endearing, and he or she will continue to... 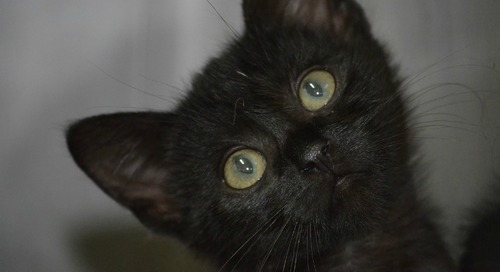 Celebrating the Beauty of Black Cats

It’s not uncommon for people to think black cats are bad luck. This superstition spread centuries ago when Puritans settled in what would become the United States. It was during the period of... 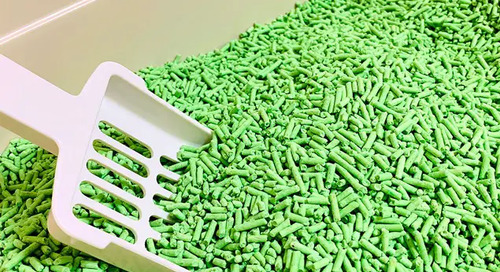 WIN a Bag of TofuKitty Litter

Tired of heavy, messy and smelly kitty litter? Introducing TofuKitty – the next generation of litter. This all-natural, plant-based cat litter is delivered directly to your doorstep, is... 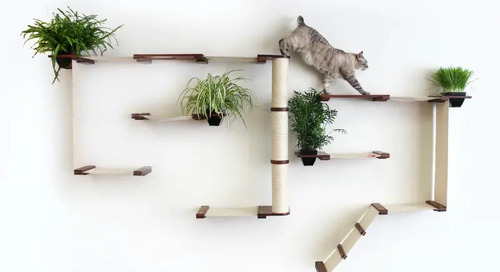 To kick off our first contest of 2020 we’re excited to announce an amazing giveaway worth over $500! Here’s your chance to WIN this pawsome Gardens Complex from our pals at Catastrophic Creations.... 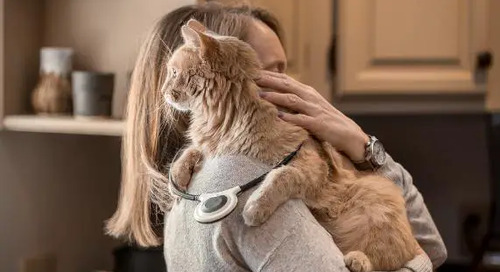 There’s a lot of joy to be had as our cats mature, from learning the hidden intricacies of their personalities to anticipating their often very particular needs. Amidst all the bonding, however,...